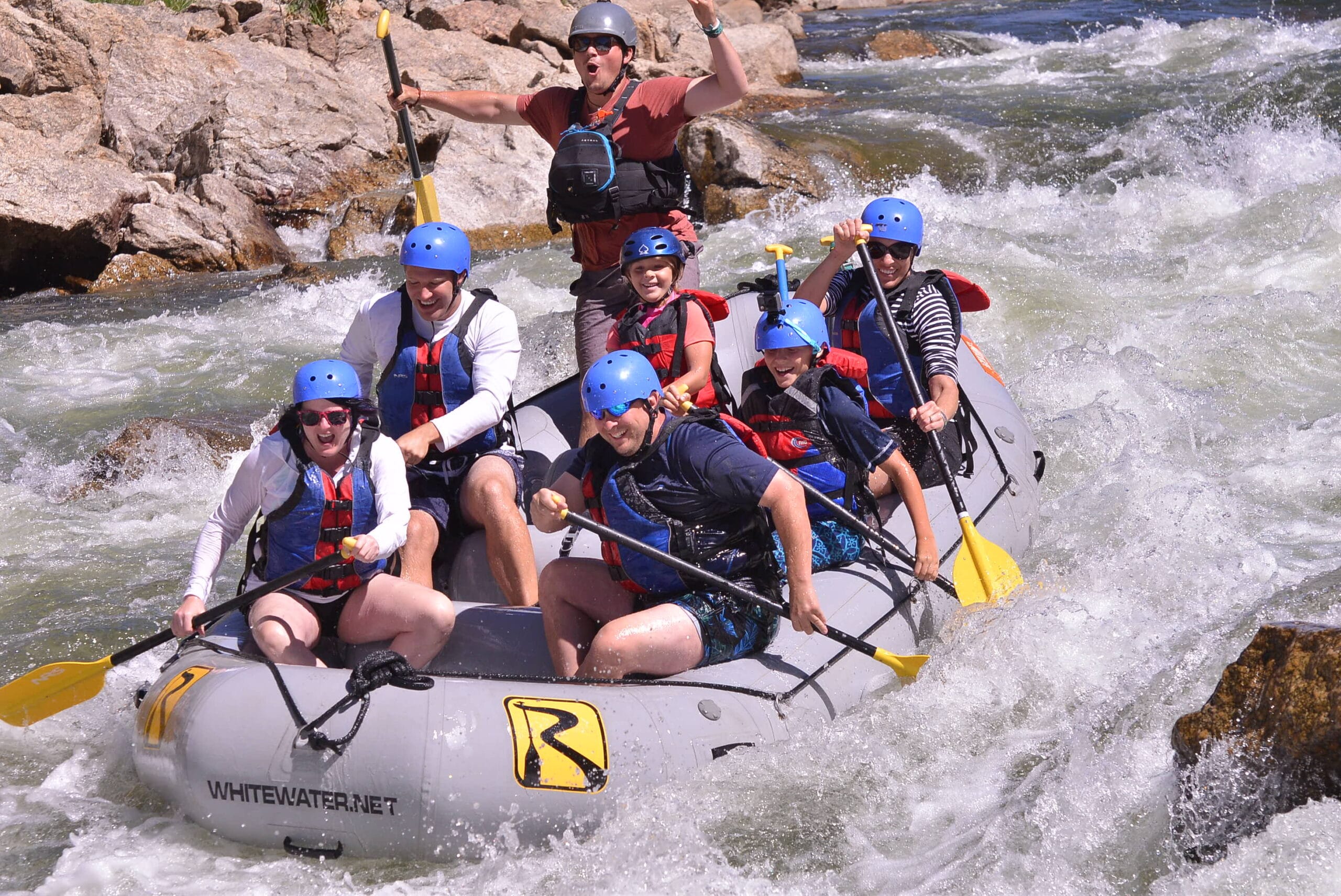 When is the best time to go whitewater rafting in Colorado?

A common question we get at River Runners is ‘when is the best time to go whitewater rafting in Colorado?’ Since rafting is a seasonal activity, a good start would be April through September.

The answer isn’t necessarily that simple though. A few factors come into play while considering this question. Your schedule may ultimately dictate when you plan your trip, but also be contemplating things like water flow, peak tourist season and weather.

During the whitewater river rafting Colorado season the amount of water in the river constantly changes. In Colorado, good summer flows are dependent on the amount of snow in the high country (snowpack), and just as importantly how quickly it melts. As of now the snowpack for Colorado’s Upper Arkansas River Basin is above average, which means you will find world-class whitewater here this season.

The amount of water in the river is measured in cubic feet per second or CFS. The Arkansas River will run anywhere between 300 and 4,000 cfs throughout the year with peak runoff in mid-June on average.

High water is the most exciting time to go whitewater rafting. On the Arkansas River this usually occurs between the third week of May through the third week of June. Big waves, large hydraulics and swift current are characteristics of rafting at high water. Age restrictions may rise during this time, but family-friendly rafting can still be found for kids as young as six years old.

Medium water levels typically occur from late-June through mid-August. These flows are perfect for young families, but this is also a great time to experience advanced whitewater sections of the Arkansas River like the Royal Gorge, the Numbers and Pine Creek, which are often closed during high water. Medium flows are typically found during the warmest time of year. This is also considered peak tourist season, so try to book your raft trip during the week if possible or in advance if you want to raft on the weekend.

Low water is usually found during early season (before runoff) and late season (after runoff). Visitors can expect a lower water level from early April until mid-May. As it warms up, snow in the mountains begins to melt creating high water conditions. In mid-August low water returns until the following spring. The low water season offers more technical rapids and less people. Early spring and late summer are also the best times to see wildlife on the river.

Other considerations when planning your Colorado rafting trip

Peak tourist season is late June through mid-August. The river experiences higher traffic during the weekends of the 4th of July, Memorial Day, and Labor Day; and weekdays tend to be less busy than weekends. Plan around these times for the least crowded whitewater adventure, but rafting is fun any day of the week!

The weather is usually warmest in July and regardless of when you go rafting the sunniest time of day on average is going to be mid-morning through mid-afternoon. If you choose a half-day trip option the morning time slot will usually provide the most sun.

Once you figure out the best time for you to go whitewater rafting the next question should be ‘when is the best time to book my raft trip?’